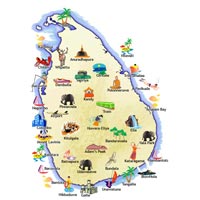 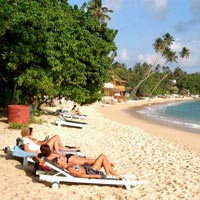 Breakfast at a hotel. Processing for Colombo city tour with visiting Independence Square,Galle Face , Gangarama Temple (What was once a swamp adjoining the famous Beira lake , a landmark in the capital city, is today a vibrant complex comprising the Gangaramaya Temple , the “seema malaka”- as assembly hall for monks- in the picturesque Beira Lake and a vocational training institute. The temple has been in existence for over 120 years having been establishment by one of the most scholar monks, Venerable Hikkaduwe Sri Sumanagala Nayaka Thera….)
Lunch at a local restaurant
Visiting Jami-Ul-Alfar Mosque – Red mosque – the famous historical place .
Return to a hotel.
Meals : Breakfast and Dinner
Day 3: 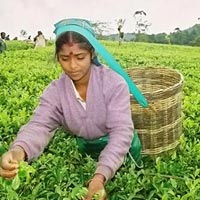 Breakfast at a hotel. Check out. Transfer to Kandy. Dinner
Meals : Breakfast and Dinner
Day 4:

Breakfast at a hotel. Processing to Kandy.
Lunch at a local restaurant
Visiting Temple of Sacred Tooth Relic.
Kandy the popular charming hill capital of Sri Lanka is surrounded by hills, valleys, rivers, lakes and waterfalls. It is the cultural center of the island and a UNESCO heritage city. The sacred tooth relic of Lord Buddha is enshrined at the Dalada Maligawa, the temple of the tooth. While in Kandy, a visit to the Royal Botanical Gardens is a must where you can see around 4000 species of plants. The arts and crafts center in Kandy, the main Buddhist monasteries Malwatta and Asgiriya Monasteries are places that must be visited. Kandy is a great place for souvenir shopping and to learn about its rich culture and history.
Processing to Giragama Tea Plantation.
It was as far back as the year 1824 in which the British brought a tea plant from China to Ceylon (as Sri Lanka was known at the time). It was planted in the Royal Botanical Gardens, Peradeniya and is considered to have been the first non-commercial tea plant in Sri Lanka.
Excursion to the tea factory. Degustation the finest Ceylon tea. After processing to Colombo,
Return to a hotel
Meals : Breakfast and Dinner
Day 5: 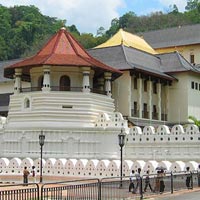 Breakfast at a hotel. Check out. Transfer to the airport to catch a other destination.
Meals : Breakfast